Q: When I analyze material samples taken from our mixer vessel, the mixing quality is okay, but I find mixing quality and weight variations in the final packages. How Can I avoid this?
A: A mixture like yours, which segregates after it leaves the mixer, can cause major problems. For instance, with pharmaceuticals, critical concentration variations in a tablet’s active ingredients can be harmful to users. With food products, when volumetric feeders are used to fill packages to a specified weight, changes in the mixture’s bulk density can cause package weights to vary and generate consumer complaints. (Though overfilling the packages can stop consumer complaints, this solution is costly.)
Segregation can occur every time dry materials are moved from one process or container to another – for instance, from a mixer to a storage hopper or from a storage hopper to a packaging unit’s feed hopper. In fact, many problems attributed to mixing are instead segregation problems that have occurred after mixing.
The two most common types of segregation that affect final packaging are sifting segregation and fluidizing segregation. In sifting segregation, fine particles concentrate at the center of a heap of material as the material is discharged into a container, while coarse particles, unable to fit in the heap’s center, roll to the outside of the heap. This creates segregation in a radial direction (from the heap’s center to its perimeter) in the container. In fluidizing segregation, fluidized materials settle in a container, with coarse particles settling on the bottom and fine particles accumulating on the top. This creates a concentration variation in an axial direction (from top to bottom) in the container. Analyzing your process to determine which type of segregation is affecting your material will help you prevent the problem.
To avoid segregation, design your processing line with as few transfer points as possible between the mixer and the final step. Also avoid using free-fall chutes or drops in the processing line. Finally, use controlled-discharge mass-flow patterns to help remix the material. In a sifting segregation case, use a container discharge that has absolutely uniform velocity across the hopper in a mass-flow discharge pattern. The uniform discharge velocity from the outside to the inside allows the segregated fine and coarse particles to reach the discharge simultaneously, remixing them, though not achieving the same mixing quality as the mixer. In a fluidizing segregation case, use a container discharge that has a velocity gradient (with fastest discharge at the center and slowest discharge at the outside), which will blend the stratified layers to a more uniform mixture. This achieves better mixing than a uniform velocity mass-flow discharge, but still won’t achieve the same mixing quality as the mixer.

Copyright：https://www.vortexmt.com Please specify the citation when reprint
« Is my mixer causing particle degradation?
Can de-mixing occur in an impeller-driven or multiple motion mixer? » 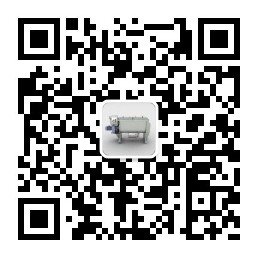